TROY – Miami County’s first man to receive a Cybertruck is making sure everyone knows how rich and sustainable he is. Locals reported to the Miami County Bugle Caller that he was seen ripping through the downtown square, honking at people while blasting techno music from his new vehicle.

“It was so obnoxious. I was heading to Bakehouse Bread with my children, and this asshole starts honking at us and pumping his fist. My 8 year old son thought it was awesome, and the last thing I need is for him to think that’s acceptable behavior,” said a local mother.

After a few complaints to the police department, Troy PD eventually pulled over the driver. Cops were surprised to see none other than ex-Mayor Michael Beamish behind the wheel. He was let off the hook, since he’s just a nice guy enjoying his first week of retirement.

“You gotta make exceptions sometimes,” said police chief David McGuff. “Hats off to him, and his wonderful tenure as Troy’s mayor.”

On January 1st, Robin Oda was sworn in as Troy’s new mayor. For the first time since 2004, Beamish is free to do as he pleases.

“It’s been a pleasure, but now I’m on to my next adventure: conquering my bucket list. I’ve never left Miami County, so it’s time to take this Cybertruck across the country. I’ll be vlogging the whole thing, so be sure to subscribe to my channel, Livin’ The Beam,” said Beamish.

Follow the Miami County Bugle Caller to keep up with the hottest local news nuggets. 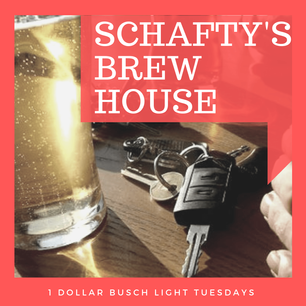