Piqua Mall. Silence. Then a faint echo. A bird squawks and flies down the hallway, towards the empty space that was once a Sears. Then, the sound of bricks tumbling – as a jaded mall Santa emerges from a pile of rubble.

“It just ain’t the same anymore” said Santa imposter Jerry McCratt, as a cloud of dust settled around him. “People have either given up on Santa or the Piqua Mall. Probably both.”

Once the hub for Christmas shopping in Miami County, the Piqua Mall is now essentially a ghost town. Despite the dreariness, McCratt still calls it home every holiday season.

“It’s quiet. Occasionally, I think I hear the sound of a cashier scanning a barcode. But then, I wonder if it’s all in my head because I haven’t seen anyone here in months.”

Ever since the news broke that the Piqua Mall would be demolished and replaced by a casino, the shopping center has turned into a depressing construction zone. Locals have not been allowed to enter the property without hard hats.

“It’s dangerous. The place could fall apart on its own any minute,” said McCratt as a large brick fell from the ceiling, shattering a kiosk of bedazzled phone cases.

“But if the mall collapses, I’ll be here to go down with it. I wouldn’t want to die any other way.”

Happy Holidays from the Miami County Bugle Caller. Subscribe for the finest local journalism on the net. 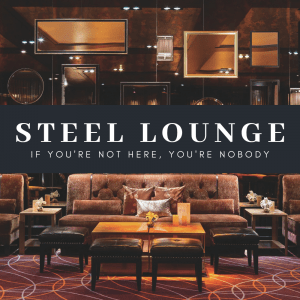