WEST MILTON – A local woman woke up to the frostiest morning she’s seen all winter, and was completely bamboozled to see a sheet of ice covering her windshield.

“I was running late to work. I had been out all night with the gals at Schafty’s. There’s no way my boss would let me get away with another day coming in late. I did what needed to be done and scraped a 2×2 peephole so I could hit the road immediately,” said Regina Schmitt.

Regina made it to work right on time. The peephole allowed her to see just enough of her surroundings to survive her morning commute. However, her lack of visibility prevented her from seeing a box of baby opossums, which she ran over with her Jeep.

“I definitely hit a lump or 2 on the road. Not sure what it was, because I couldn’t see shit. I just had to keep going,” said Schmitt.

Witnesses on the scene were outraged, and immediately called the cops to report the incident.

“We’re looking at a case of vehicular animalslaughter. Fortunately for Schmitt, this isn’t a criminal offense. Regardless, we encourage everyone to scrape their windows entirely before hitting the road. Next time, it could be a box of humans getting squashed, and no one wants that,” said Officer Dayvid Fitzpatrick.

Be safe out there, Miami County. Scrape your windshields, and subscribe to the Miami County Bugle Caller to keep up with the hottest news nuggets. 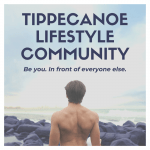