MIAMI COUNTY – Now that “No Shave November” is over, locals are altering their hair for a new campaign. Bowl Cuts for Bowels promotes awareness for Irritable Bowel Syndrome (IBS), and everybody’s hopping on board.

Bowl Cuts used to be considered “bad” haircuts, but newfound bowlheads have brought the style back to glory. Thousands have pulled out the scissors to make big snips for IBS awareness.

Participants are mailing their hair to the Irritated Stomachs and Intestines Society (ISIS) for donation. All clippings are tossed into a large furnace, as a tribute to the boiling liquid that destroys victims’ intestines.

Jonathon Schtetson, the campaign’s founder, sat down for an exclusive interview with the Miami County Bugle Caller.

MCBC: So, Jonathon. What sparked Bowl Cuts for Bowels?

Schtetson: I spent the last 6 years researching stomach diseases, and discovered that millions of people have IBS. However, everybody’s afraid to talk about it. I wanted to stand up and open a dialogue with our community.

MCBC: Wow, that’s really thoughtful of you. But what’s up with the bowl cuts?

Schtetson: Oh, you know. Bowls = bowels. Plus the style draws attention and sparks a conversation.

MCBC: That makes sense. If you don’t mind us asking, do you have IBS?

Schtetson: Absolutely not. My large intestine is in tip-top shape. This isn’t about me – it’s about the millions whose intestines burn from raging bile.

MCBC: It’s amazing what you’ve done for IBS. Everybody should definitely be a part of this!

To join the movement, give yourself a nice homemade bowl cut and wear it for the month of December. Be sure to take a photo, and use the hashtag #BowlCutsForBowels to join the conversation.

Subscribe to the Miami County Bugle Caller to stay in the loop with all of the latest trends. 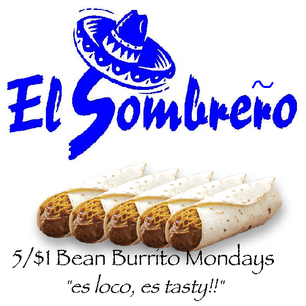