According to OGDCLI’s statement, the oil and gas reservoir is one of the largest deposits in the entire world. The deposit makes the Miami County one of the top 25 leading natural gas producing sites on earth, replacing Uzbekistan as the number 15.  A joint venture comprising of OGDCLI and Troy’s Walnut Society plans to begin fracking operations in fall of 2019.

Fracking, or hydraulic fracturing, is the controversial process of forcing a cocktail of water and chemicals into rock to widen fissures, enabling natural gas to be extracted. For years, environmental groups, tribes and other opponents have raised flags about fracking encroaching on Bruckner Nature Preserve, a major center of historic Miami County culture and heritage.

“People complain about gas prices all of the time. Maybe they should be careful what they wish for,” stated OGDCLI CEO Tyson McGreenahan. “Fracking happens everywhere. Now that it’s happening in Miami County’s backyard, of course everyone is up in arms.”

Bruckner Nature Preserve sits in the central basin of the Miami Valley, an area that’s booming with shale gas extraction. Roughly 90 percent of the Brukner Nature Preserve is already leased for oil and gas development, but more fossil fuels lie beneath those lands. OGDCLI wants to sell parcels of land that are along the park’s 10-mile, no drilling buffer zone.

“You can’t monetize nature,” said Shelly Smythe of Miami Conservational. “Actually, you can, but it’s wrong. We need to protect Bruker Nature Preserve.”

Subscribe to the Miami County Bugle Caller for more updates on the Brukner Fracking Project.

Inside the Life of a Miami County Drug Dealer 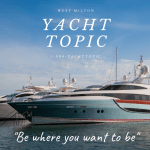