The people of Miami County have spoken, and have voted in their favorite local beers in the Dayton area. MCBC’s Beer Drinking Unit (MCBCBDU) recently ventured around the area to try them all for themselves.

This starchy pils goes down the chute faster than a Michelob Ultra. In fact, I drank 7 of them during happy hour. Judging by the beer’s name, Moeller Brew Barn is well aware of how drinkable this thing is. The bathroom was always packed full of dudes rocking a piss, which is a great way to meet new friends! Cheers to Piss Pilsner.

Toxic Beer Co. continues to live up to its name with the re-release of its famous Chocolate Raisin Fruit Loop Stout. Brewed with sun-dried raisins and box-aged fruit loops, this plum-colored stout provides a unique flavor that’ll have you questioning what truly defines a “beer.” At an illegal 16% ABV, you’ll be pretty buzzed if you can get through an entire bottle – but real beer geeks should have no problem doing so!

Corey has been brewing out of his garage for the past 2 summers. I was there when he made his Watermelon Pinto Bean Gose, and believe me, that one was delicious, but nothing compared to the Onion Sour. He taught me that “if it’s hard to drink, it’s better than you think.” Supplies are limited, so don’t miss the chance to teach your taste buds a lesson!

Schafty’s Brew House clearly isn’t worried about controversy. They just want to serve cheap beer to their loyal patrons. When that cheap beer contains as much alcohol as possible, everyone wins! The DUI IPA sits at 12% ABV, and they serve them in 12-inch boot glasses. We did the math: 12 x 12 is 144, so you can get 144% wasted from just one beer. That’s well over the legal driving limit, so good luck making it home without getting a DUI!

Dayton Beer Co. has always wanted to be “different,” but has struggled to stick out from the crowd. With their Shrimp Saison, they’ve finally brewed something memorable enough to land on a high-profile beer blog like ours. Brewed with salt water, clam juice, and horseradish, this beer actually tastes like the deep sea. We’d be lying if we said that we enjoyed this one, but hey, any publicity is good publicity, right?

This vintage mead was brewed over 150 years ago in a shed near Carillon park. With floating chunks and hardcore, aged yeast, this one no longer resembles a beer. Its shocking, unforgettable flavor lingers on the taste buds for weeks. Some have been hospitalized by the pungent aroma, but they’re not real beer drinkers. We can assure you this one is a must-try!

While new to the beer game, El Sombrero has been in the restaurant industry since 1982, and owner Tim Sanchez saw a golden opportunity to bring his own twist to craft beer in Miami County. The flavor is malty, and as an unfiltered beer, there’s a great opportunity to really feel the beans in this one. Just watch out for those kernels of rice! One of our unpaid interns almost choked on this one.

Interested in trying these beers for yourself? Good news: they’re all local! Please keep in mind that these beers will be flying out of the beer taps upon the release of this article, so hurry up and try them yourself before it’s too late. Subscribe to the Miami County Bugle Caller for more updates on the local beer scene. 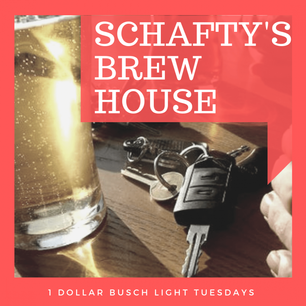