TROY, OH – Amazon.com has filed development plans with Miami County for the inaugural phase of its new water transportation system, with intent to resurrect the historic Miami and Erie Canal. Dubbed “Project Bingbong,” the initiative includes a plan to erect a distribution center in an area of Southwest Ohio that regional officials are branding as “Minion City.” Project Bingbong is expected to create at least 25,000 jobs over the next decade and eventually transport 3.1 million pounds of e-commerce goods on a daily basis.

“Within 4 years, we expect to transport all of the world’s commodities via mass water transit, to prepare for the eventual fallout of the grid,” Amazon said in a release. “Soon enough, we’re going to be fucked. Drones won’t be able to save our business. Say goodbye to same-day shipping.”

This past winter, local politicians approved about $600 million in public incentives for Amazon to dig up the canal. The package also contains funding for a $1 billion innovation campus to be built in nearby Casstown. When Amazon announced its selection of Miami County in November 2018 for the project—estimated to cost $2.5 billion—the company and officials said it would create $3.2 billion in tax revenue in 20 years. (Facing pushback, Amazon ditched New York.)

The immediate plans call for excavators to start digging trenches in early June.

QUIZ: What Miami County Park Should You Have Your Ashes Scattered In? 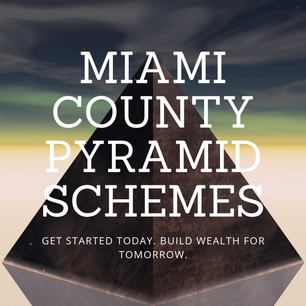